The Tory Burch brand has become one of the world’s most popular and well-known fashion labels, but it wasn’t always that way.

The company’s logo and history have evolved, and each step has been an important part of making Tory Burch a household name.

Here is a look at the history of the Tory Burch logo and how it has changed over the years.

What Is Tory Burch?

Brand Tory Burch is named after its creator, Tory Burch. She was a former businesswoman who switched careers to fashion design in 2004. Her breakthrough came when Oprah Winfrey declared the launch of her new fashion label “a great event.”

You can purchase fashionable clothing, shoes and accessories from well-known brands.

They also sell cosmetics and fragrances. Check our article if you want to know about brands like Tory Burch? 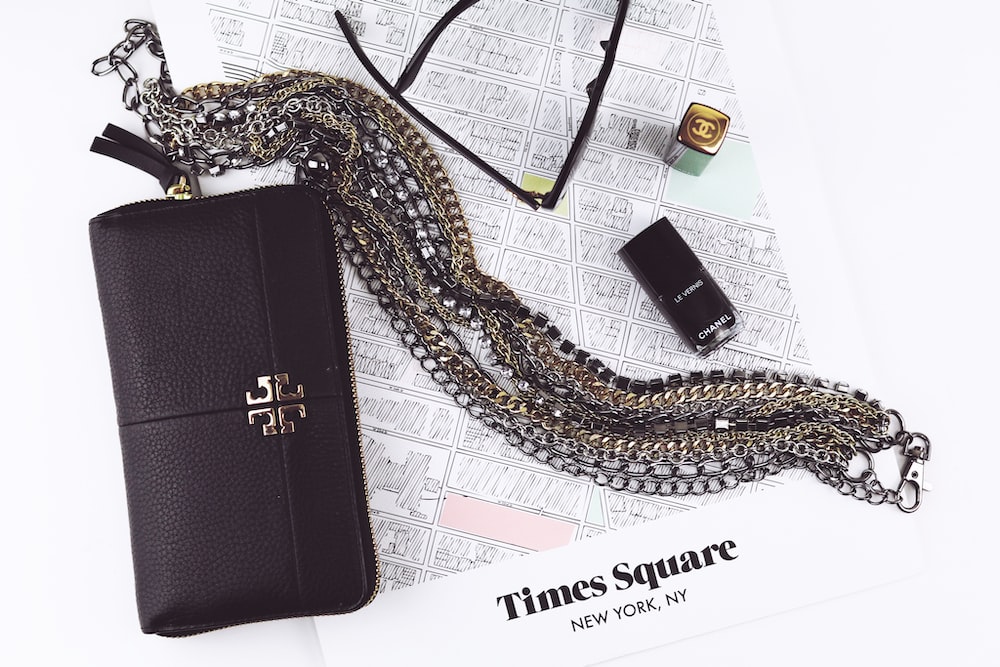 The Tory Burch brand has become successful in large part due to the widespread presence of its trademark.

The simple, cruciform shape debuted in 2004 and hasn’t wavered since then. It’s an easily recognizable symbol for anyone interested in fashion.

Those who adopt the style make the emblem synonymous with two preppy bohemian luxury and boho-chic variations.

A metal medallion with carved embellishments is used on handbags, jewelry, and footwear. A circle with patterns is printed on clothing.

The logo has a timeless design that transcends its various incarnations. Within the circle are two stylized “T” s joined by horizontal lines.

The inspiration for this pattern came from the emblem of a well-known artist, fashion designer, and photographer, David Nightingale Hicks.

Tory Burch was especially drawn to using a cruciform shape with large ribs, which is widely used in high fashion.

The brand name is split evenly and appears entirely within the logo. Tory is positioned on the left side while Church rests on the circle’s right.

The easy-to-read sans-serif font used for the inscription is black. Even though Tory Burch’sfont seems more proportional and not as angular, it was directly inspired by David Hicks’ earlier work.

The clothing line’s designer was extra careful to ensure no one would steal her trademark, especially considering the similarities between the two visual signs.

So much so that she filed plagiarism lawsuits against three Youngran Kim businesses in 2013.

The defendants disputed the allegations by stating that their trademarked symbol, the “Isis Cross Design,” was not similar to the Tory Burch mark.

Nevertheless, the court ruled in favor of the application and ordered them to pay $41 million.

Why Is the Burch Logo Effective?

Customers develop an attachment to the brands that constantly advertise to them, and The Burch company has certainly taken advantage of this fact.

Its logo is timeless, and as a result, many buyers have fallen in love with it due to its attractive price and features. Because The Burch company consistently uses a memorable trademark, consumer trust in its products is incredibly high.

The Burch logo is successful because it is easy to recognize. This is due to its understated design and appearance.

The designer has used fewer graphic elements across all collateral to establish a consistent visual language that speaks to the allure of the Burch label.

A logo’s primary purpose is to be recognizable and remembered by your potential customers. If a logo is too big or detailed, it won’t be able to serve its purpose on smaller platforms such as social media sites.

Consequently, graphic designers must produce logos that can be appropriately sized for multiple marketing channels.

The great thing about the Burch logo is its simplicity; due to this timeless quality, it can appear in any promotional material without losing impact.

Having a logo that is easy to read will help you win customers and get your message across.

The Burch logo is simple, which makes it perfect for instant recognition. Consequently, the Burch brand is widely recognized. Is Tory Burch a good brand?

How easily can consumers remember your trademark? If they see the Burch logo, they will remember the brand. It is unique, refined, and pristine, so it is easy to save in one’s mental memory.

Moreover, we have also written an article about designer brands you need to know about. It will also increase your knowledge about different brands if you read it.

The Design Elements Of The Tory Burch Logo

Every logo should have great visuals to help promote the strategy and give shape to ideas that were once intangible.

Tory Burch’s logo is an excellent example. It can express the brand’s identity with few visual elements and a unique style.

There’s no need for us to spend any more time analyzing what makes its logo so great.

Similarly, you should also read our article about why Tory Burch is so expensive.

Symbols And Shape Of The Tory Burch Logo

The letter T is often associated with the surname of its owner. The twenty-first letter of the English alphabet has its energy. Trust, cooperation, adventure and time are all themes that can be heard in this letter.

The symbol looked like the cross used in crucifixions, except that it had two beams instead of one, pointing upward and downward.

Its meaning as a Christian symbol comes from its connection to Christ’s crucifixion and death. For Christians, this event is when humankind was saved. It highlights Christ’s disciples’ message of love, humility, and the coming true of prophecy.

The Burch logo contains the brand’s popular lettering within a circular frame. A circle is representative of infinity, completion, and perfection. Consequently, it also has the potential to inspire a sense of completeness and eternity. 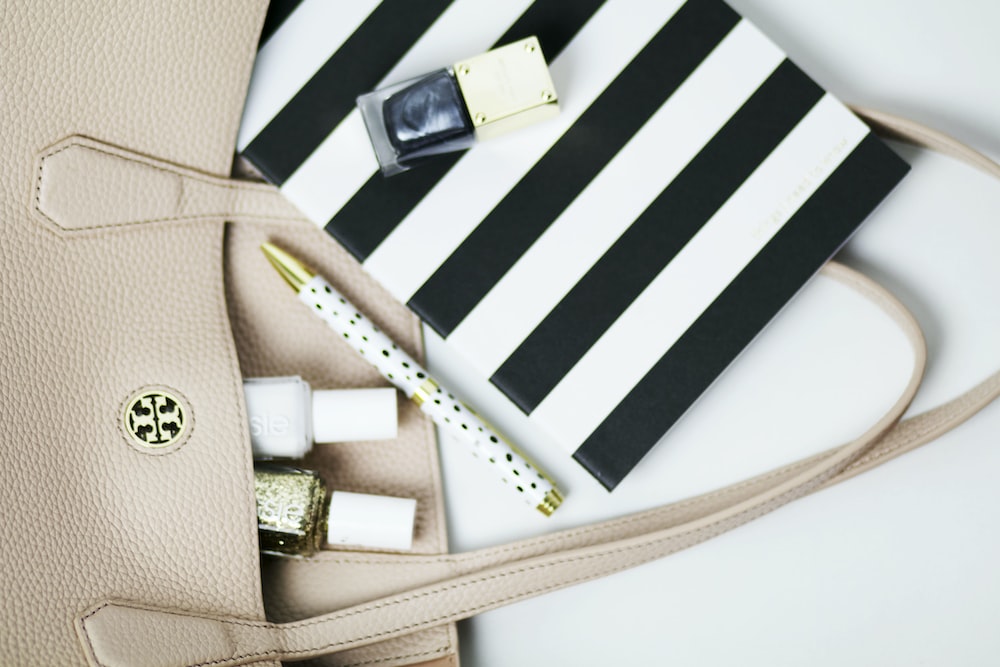 The color blue is most closely associated with the colors of the sky and ocean. The trademark may occasionally use a deep blue to give off an air of mystery or secrecy.

Blue can also be used to represent truth, loyalty, and intelligence. Furthermore, it often communicates feelings of assurance, steadiness, and calm. Out of all colors, pink is perhaps the most well-recognized hue on Earth.

The background of the Tory Burch logo was an orange tone, which can make us feel happy, free, and energized. This shade is also associated with success and enjoyment. The colors black and white often create a strong emotional impact, clarity of thought, and a sense of power and authority.

This is the feeling that the Burch logo wants to convey – a sense of formality, refinement, and distinction.

The Tory Burch emblem is often elegant because it incorporates the use of white. This color scheme usually includes the manufacturer’s name and a silhouette of the frame’s signature circular shape.

This color symbolizes all that is good, innocent, and pure. Furthermore, white also represents light and heaven according to traditional connotations.

Rules exist to tell us what the correct actions are. The Tory Burch logo is a perfect example of why it’s important to stick within company guidelines – following them can lead to great results, like a simple, elegant logo.

Many other well-known logos worldwide have achieved this level of simplicity by adhering to similar rules; additional examples include those belonging to Nike, Apple, and Chanel.

The Tory Burch logo is popular because it’s simple, sophisticated, and perfect for the company’s target consumers.

Its design also allows for easy adaptability to various colors and marketing platforms while retaining all of its original impacts.

As a burgeoning business proprietor, it falls on you to identify the particular clientele you want to attract. Tory Burch’s main customer base consists of women.

She became wealthy from her success in designing for this market segment specifically. It wouldn’t be intelligent to try and meet the needs of every person, no matter how well-equipped you are.