What is the first thing that comes to mind when you see the word “lululemon”? Like most people, you probably think of high-quality athletic apparel.

But what is the story behind this company and its iconic logo? Read on to find out!

Lululemon’s logo is one of the most powerful ones out there. The tiny female figure doesn’t symbolize anything in particular.

Still, to millions, it means being part of an elite group that takes care of their bodies and looks good.

Lululemon’s logo is one of the key reasons for its success. The unassuming yet attractive emblem has helped the company stand out in a competitive market.

Moreover, we have also written an article about Brands Like Lululemon. It will also increase your knowledge about different brands if you read it.

Lululemon is a company known for its luxury athletic clothes, which are popular among yoga-goers and celebrities.

They have stores located across the world in 490 different locations.

The logo for Lululemon debuted in its first year. The company’s creator held a contest after taking quite some time to reach a final decision.

Even though his proposed names and logos didn’t make it, he was interested in the term “Lululemon” out of 20 contenders. 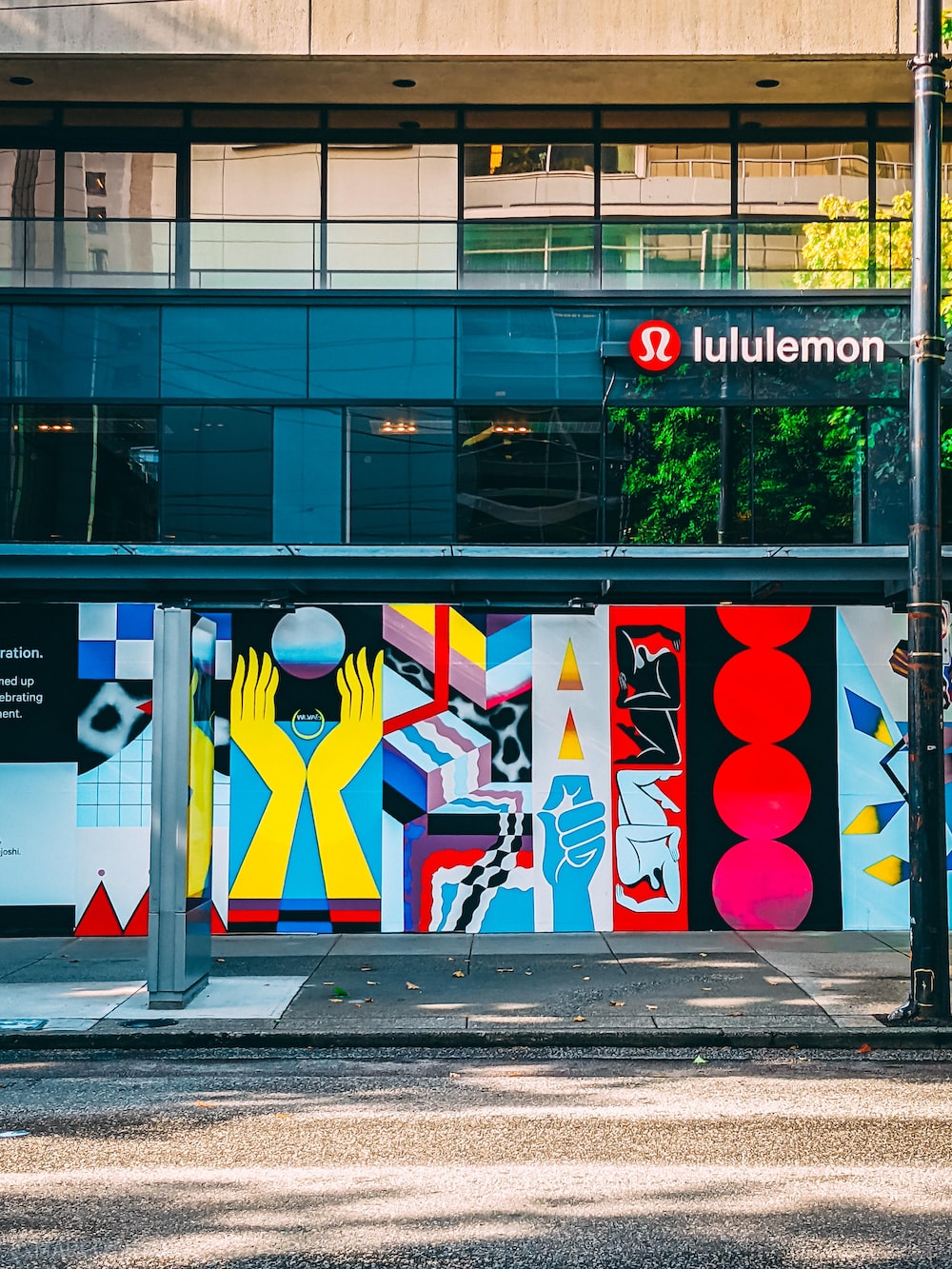 Lululemon’s “A” logo is commonly said to reference the company name being almost called “Athletically Hip.”

Education coordinators for Lululemon are masters at dodging any more questions about how the logo came to be. Nevertheless, suppose you ask others their opinion on the matter.

In that case, everyone will have a unique answer that likely has nothing to do with the alphabet.

There are many ways to interpret the meaning of the omega symbol. It could be seen as a well-groomed bouffant hairdo or a uterus.

Alternatively, the empty oval can be interpreted as a hand-held mirror, a classic symbol of feminine narcissism.

If you look closely enough, you can also make out the letter “A,” with the narrowing of the waist suggesting the crossbar.

Despite the company’s declared stance, Lululemon’s logo appears to be a submissive, passive vessel.

The logo’s rounded corners and conventional symmetry are respectful nods to the past. However, Lululemon’s liberation slogan stands in stark contrast to the emblem.

The lowercase letters in the Lululemon logo were meant to create a feeling of warmth and approachability.

The company went with a traditional sans-serif typeface for the text, which, with its clean lines and precise shapes, is evocative of Bradley Bold.

This font was chosen because it strikes the perfect balance between space, letterform, and line thickness, making the inscription both elegant and timeless.

The black outlines of the Lululemon logo against the red and white background make for a powerful and eye-catching image. The colors used – red, white, and black – symbolize different aspects of the brand (power, enthusiasm, knowledge/professionalism). Combined, they create a balanced corporate image that is both recognizable and stylish.

Where Is Lululemon Made? Denis “Chip” Wilson is the founder of Lululemon. Before starting the company, he spent two decades snowboarding, skating, and surfing. After Vancouver’s first commercial yoga lesson, he felt great both during and after.

Observing that the cotton attire worn for power yoga at the time was unpractical and improper, Chip determined that a better design studio was needed. With expensive renting, he turned the space into a room for yoga instead.

Chip’s yoga instructors provided feedback on the new garments. Chip interviewed 100 people and presented 20 brand names with logos before choosing Lululemon, which he chose for no significant reason other than personal preference.

The A logo was for Athletically Hip, but Chip ultimately decided against it.

In November 2000, the first Lululemon store made its debut in Vancouver. This shop quickly became a popular gathering spot for those who loved exercise, dieting, and cycling.

The store became so crowded and popular that it became difficult to satisfy all client requirements. However, customers loved Lululemon’s products.

The workforce was always eager to learn more, challenge themselves, and grow with the company.

Lululemon’s mission has always been to promote a healthy, active lifestyle. Chip Wilson designed Lululemon with Ayn Rand’s philosophy in mind, and the company’s workplace culture reflects this.

The company focuses on hiring people who are committed to the brand and fit well with its culture. Lululemon personnel are nicknamed “educators” because they promote a healthy, active lifestyle.

Almost every store location has some form of nightly or monthly event, such as yoga classes, self-defense training, and goal-setting workshops.

Once store hours are over, these events occur in the salesroom after all the merchandise and racks have been cleared out.

Similarly, you should also read our article why is Lululemon so expensive?

Lululemon can sell 95% of its items at full price, whereas many other apparel boutiques can’t say the same.

The reason is that Luluemon’s prices reflect the quality of their clothes; shoppers are willing to pay more because they know they’re getting a good deal.

By creating scarcity (limited time/quantity), Lululemon drives sales and creates a sense of urgency in consumers.

Lululemon’s products have an average shelf life of six weeks. This encourages customers to buy items quickly and is a key driver of the company’s success.

If you want to know about legging brands, check our article 22 Legging brands You need To know.

In 2016, Lululemon decided to expand its market and enter Japan. Even though one of the company’s co-founders, Chip Wilson, has made some controversial statements recently, Lululemon remains a popular athleisure brand.

The company now has locations in Tokyo as well as other major cities around the world.

In the year that Lululemon’s first pair of yoga pants were sold, Denis “Chip” Wilson based the company in Vancouver, Canada.

He named it Lululemon because he wanted Japanese customers to feel like it was a western company and because they often have difficulties pronouncing the letter ‘L’.

Their Luon fabric is trademarked for containing more microfibre than usual. The company has been creating fabrics since 2005, including ones with compression and moisture-wicking properties.

As The New York Times reported, Lululemon misled consumers about the advantages of their Vitasea clothing line.

The company had advertised Vitasea— fabric made with seaweed—as possessing “antibacterial, anti-inflammatory, detoxifying, and hydrating benefits.”

However, laboratory testing showed that there was no considerable difference between the mineral content of Vitasea fabric and a typical cotton T-shirt.

The Competition Bureau of Canada ordered Lululemon to remove all claims from seaweed-based items offered for sale in the country.

Lululemon recalled some of its recyclable polypropylene bags due to high lead levels. 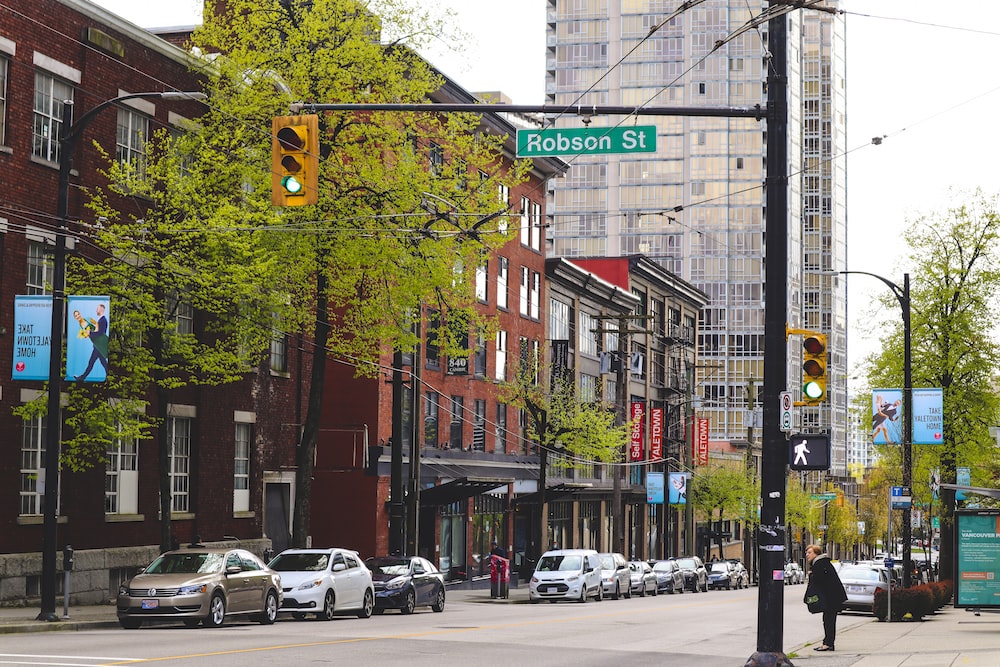 Lululemon filed a lawsuit against Calvin Klein and G-III Apparel Group for allegedly violating its three yoga pant design copyrights. The parties quickly reached a settlement soon after the case was filed.

The founder of Lululemon, Chip Wilson, has made several remarks in the past that have been harshly criticized by many.

In a 2004 interview, Chip laughed at how Lululemon is pronounced in Japan. He said Lulumemon found it too costly to make clothes for plus-size women in the same year.

To make an excuse for the copious pilling in Lululemon’s clothing, he blamed some consumers by claiming they were wearing the brand’s clothing improperly or did not have body types that fit his garments.

In a 2013 interview with Bloomberg TV, Chip Wilson said that some women’s bodies were too large for Lululemon’s clothing- an opinion which garnered the title of “fat-shaming” from Time Magazine.

Lululemon made its third appearance on the Fortune 500 list of the fastest-growing businesses in 2015. In December, Laurent Potdevin became CEO after Chip stepped down as chairman.

The first Lululemon location was established in Europe in London. At the beginning of 2015, Wilson left the board, and Michael Casey, who had previously served as its lead director, took his position. Due to wrongdoing, Potdevin resigned from the company’s board and CEO in 2018.

Lululemon and Athletic Propulsion Labs are selling men’s and women’s shoes in 23 states across the US. In 2019, the company introduced a high-end line of streetwear called Lab in certain boutiques.

Lululemon invested in Mirror, a startup fitness company that produces speakers and interactive mirrors with cameras for at-home workouts. The businesses strived to generate unique content for the hardware, starting with meditation guides.

The coronavirus has driven people to work out at home more often instead of going to gyms, so the company announced its $500 million deal to buy Mirror in June 2020.