The American clothing and footwear manufacturer Levi Strauss & Co. is world-renowned, established by businessman Levi Strauss in 1853. The company was named after the city where its headquarters are today–San Francisco.

Levi’s logo, created in the late 1800s, is largely responsible for the company’s widespread recognition and enduring iconic status today.

Denim overalls have evolved into a popular brand of young people’s apparel, with a distinct look and name that will go on forever, thanks to the original designer. 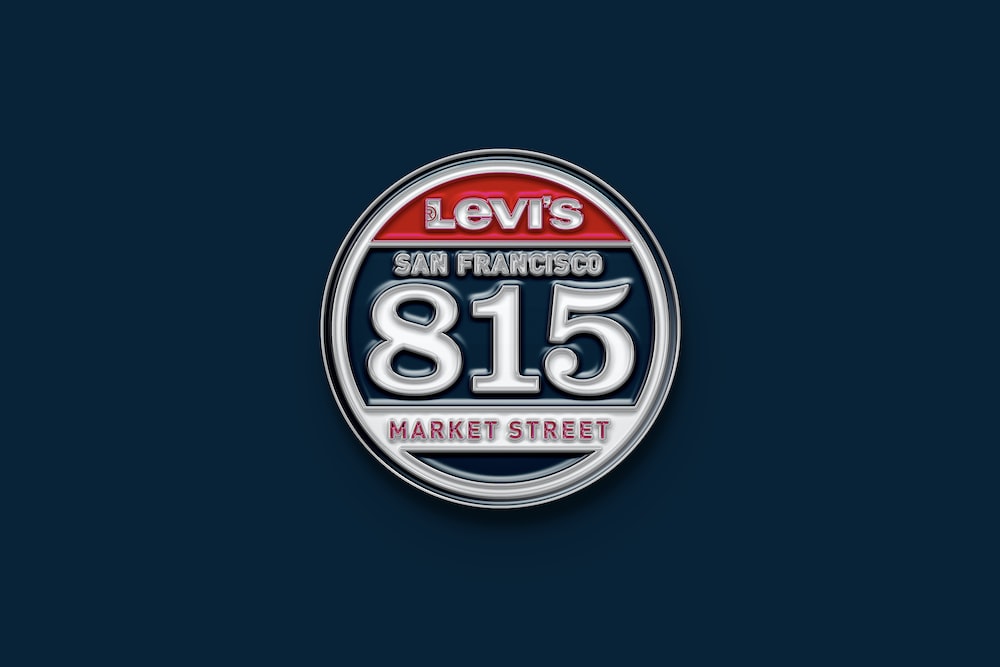 Over 150 years, Levi’s has had eight different designs. Some were merely okay, while others stood out as being truly remarkable. Let’s explore the evolution of its logo.

The very first Levi Strauss logo was a wordmark logotype. The long, thin rectangle has the name “Levi Strauss” written across it in big letters. You can also see the logo’s symbols for “&” and “Co.”. The numbers 16 and 14 are on either end of the spectrum. All of the symbol’s elements were black and white.

Levi’s began using a graphical logo around this time. The brand became widely known as “The Two Horse Brand.” The logo depicts two horses and their human riders moving in opposite directions while pulling a pair of pants.

The company’s name is shown above the horses and riders, along with the rivet’s patent date and other writings.

This logo could be appreciated by anyone who sees it, from those who understand English fluently to those who don’t. The product was only available in black and white forms.

The apparel company redesigned its logo four years ago to reflect the brand better.

The current logo is the company name in big, red letters set against a white background with a thin black border. Given the success of the jeans line, this was a fitting replacement for the original photo logo.

The third update from the corporation contained a sleek and modest wordmark in blue and white. The company’s owner decided to abbreviate their name in this logo.

Furthermore, the designer included the tagline “America’s Finest Overall” in all capital letters inside an orange rectangular frame.

After 14 years, the corporation updated its logo. The winner was an attractive yellow frame bearing the owner’s initials. All of the text features were in all capitals, bold, and deep blue.

This new design maintained the slogan’s original format, with “America’s Finest Overall” capitalized and set on a white background.

In 1949, Levi Strauss redesigned the iconic Levi’s logo to feature a red border around a white capital L. This occurred shortly after World War II had ended.

In addition to these words and designs, other elements are also included in the trademark.

Finally, ‘Vintage Clothing‘ was written beneath the label’s name using a clean and easy-to-read sans-serif typeface.

The company logo is a stylized bat wing, which Levis has dubbed the Batwing. A vivid red border surrounds the white company name in this well-known and versatile logo. Except for the letter e, all letters are capitalized.

For many years, the brand was symbolized by a grand batwing logo. However, after it was inactive for some time, it received a minor facelift.

The designer chose a deep red backdrop with a smaller typeface to create more recognizable letters through contrast.

How Is Levi’s Logo So Successful?

The wink of approval is a gesture to show enthusiasm or appreciation. Levi’s logo is not only eye-catching, but it’s also simplistic and memorable.

The design is successful because it is easy to read, versatile, and unforgettable. Additionally, the design will stand the test of time. The batwing logo design looks great against the white typeface on the styled red frame.

The current Levi’s color scheme contains two colors and typography. However, this wasn’t the circumstance for most of its logo options.

Several parts of the first logo redesign opposed modern branding norms; however, it was indispensable in the brand’s success. The following is an overview of Levi’s simple logo design elements.

The Levi’s Symbol And Shape

Many of Levi’s logos feature a rectangle, which is popular for logos and creates feelings of security and confidence. The frame around the logo design element acts as visual support.

In Levi’s jeans advertisement campaign, two horses pull the jeans in opposite directions to demonstrate that their denim is of high quality and long-lasting.

Furthermore, people who wear Levi’s can move more quickly and efficiently thanks to their well-fitting jeans.

The Levi’s logo is shaped similarly to a bat’s wing spread. The stitched form in the back pocket of jeans was named after Batman’s iconic symbol and resembled the shape.

Moreover, it will be very thankful to you if you read our previous article about the 20 jacket brands you must know.

Levi’s logo color is red. It connotes passion and excitement. The color red inspires us to take quick, decisive action.

It can evoke positive feelings like love, admiration, and authority. However, it can also signal aggression, anger, and danger.

The logos for Levi Strauss & Co., introduced in 1929 and 1943, featuring the brand’s signature color, blue.

Blue is commonly associated with calmness, loyalty and tranquility. The color of the water can often evoke feelings of serenity, assurance and stability.

White is often seen as a representation of purity, simplicity, and cleanliness. As a result, other colors enhance their beauty and clarity when used alongside white. White can also symbolize virtues such as minimalism, optimism, and openness.

The color black has long been associated with mysteriousness and sophistication. It’s also often seen as a power, authority, and high-status symbol.

However, black can also be associated with negative emotions such as sadness, depression, and pessimism.

The Levi’s logo from 1943 to 1949 had a bright yellow background. The color yellow normally signifies happiness and hopefulness.

It can also show signs of originality, fondness, and keen intellect. However, the tone of sunshine can also indicate malicious intentions, such as friendliness, deceptiveness, and narcissism.

Levi’s has always been a fan of sans-serif typefaces, employing many different ones since the beginning of the company’s design history. 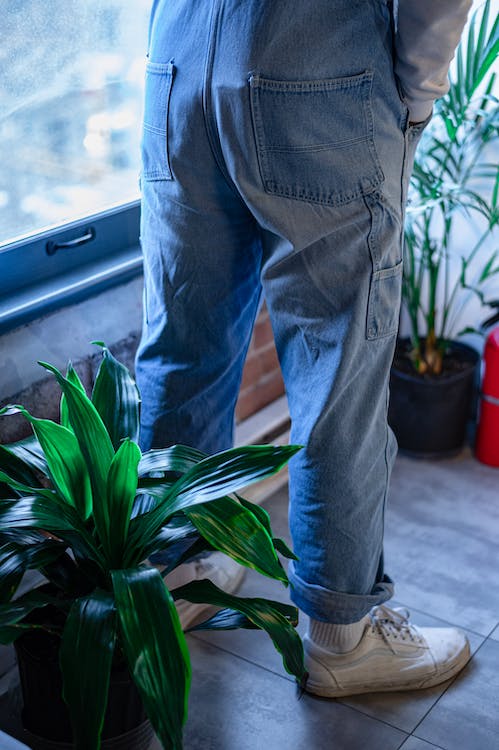 There is little room for complacency or mistakes in the fast-paced business world, but Levi Strauss & Co. has managed to stick around for nearly 168 years.

This demonstrates that the company’s products continue to appeal to modern consumers.

Levi’s has remained successful for many years because of its commitment to product quality, durability, and innovation.

Additionally, the company’s competitive pricing and advertising campaigns have helped it maintain a strong presence in the market.

The red and white batwing logo is an excellent representation of Levi’s brand identity and achievements.

Moreover, you should also read our article about 23 jeans brands you should know about!