The three vertical lines are so iconic that even people who like other brands can easily identify them, making Adidas one of the most well-known sportswear companies globally.

The Adidas logo has been revised several times to keep up with the changing face of the company.

The Adidas logo is a symbol of quality and flair, whether on the Olympic stage or in the streetwear that celebrities adore. Tracing the Adidas logo back through history shows how it has come to represent the sportswear industry globally.

A Brief History Of Adidas

Adolf Dassler, the company’s namesake and creator, fought for Germany in WWII but later joined the Nazi party. Consequently, some people view Adidas with suspicion.

After returning from fighting, Dassler started making shoes from his mother’s home. At first, his younger brother Rudolf helped him; however, they had a falling out. Rudolf established Puma–one of Adidas’ most severe competitors.

Adolf Dassler, the founder of Dassler Shoes, drove to the 1936 Summer Olympics with a bag full of cleats and urged sprinter Jesse Owens to use them.

The company saw a huge increase in sales and brand recognition after sponsoring Jesse Owens, the first African American Olympian.

Adolf’s company was first called Adisports, but he renamed it Adidas in 1947 after his nickname. He stayed at the head of the company until 1987 when he sold it to a French businessman named Bernard Tapie.

Tapie increased Adidas shoe manufacturing but eventually had to sell the business because he could not afford the interest on the loan used to purchase it. The new owner was Robert Louis-Dreyfus.

Adidas changed ownership a few times in the coming years and experienced significant success and growth.

The company now supplies uniforms to professional sports teams in various leagues, such as the NBA and NFL. In 2016 alone, Adidas earned €19.3 billion in revenue, which speaks to its successes since expanding its brand.

Adidas has become a household name thanks to its clever marketing and widespread adoption of its products.

Adidas is known for its instantly recognizable emblem, which they reportedly acquired for just €1,600 ($2,050) and two bottles of whiskey.

We have also written an article about the best 20 shoe brands you need to know about.

The Evolution Of The Adidas Logo

The company’s logo and visual identity have changed, slowly evolving into the forms we see today. In the middle of the 20th century, Adidas created a logo resembling its current iteration. 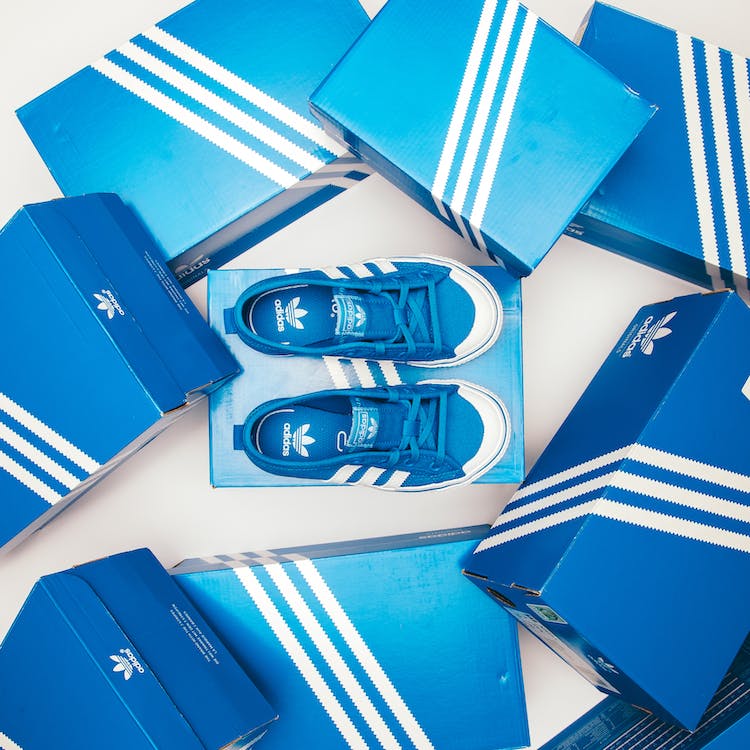 The Dassler brothers’ interest in athletic footwear began as early as 1924. Their annual sales under the Dassler label quickly topped 200 thousand pairs. Their original logo depicted a bird protectively perched atop a pair of sneakers.

Rudolf and Adolf’s relationship had deteriorated to separation by 1947. Rudolf founded Ruda, now known as Puma, while Adolf registered the trademark for Adidas.

The abbreviations for both brands are derived from their founders’ given names and surnames–Adi was a nickname for Adolf.

In 1949, the Adidas logo incorporated the name Adolf Dassler for the first time.

The addition of spikes and classic three stripes give athletic shoes extra flair. In the 1940s, Adolf Dassler purchased the rights to use the three-stripe logo from Finnish company Karhu Sports for two bottles of whiskey and 1,600 Euros.

The owner sold it because he faced financial difficulties from World War II expenses. In 1950, the original logo had degenerated to little more than the typeface.

The trefoil form now so iconic was first used by the company in 1971 when it expanded into the garment industry.

This emblem comprises three curved football shapes arranged into a triangle. It has been a staple item in Adidas’ retro “Originals” collection.

The three strokes that have become synonymous with the Adidas brand are featured in the trefoil logo to highlight the range of products offered. The leaves on the branches signify North America, Europe, and Asia-the three continents where Adidas shoes were initially sold.

After a while, only athletes wore Adidas. Famous musicians, including Bob Marley and David Bowie, wore merchandise bearing this emblem, propelling the company’s products into the mainstream within certain cultures.

Moreover, you should also read our article about the 22 leggings brands.

In the ’90s, the logo was changed to a newer and more recognizable version of line three, which is still used today on Performance products.

They gave the stripes a slight slant to better reflect their appearance on the shoes. The mountain-shaped emblem created by the three bold stripes represents a challenge.

In 2002, the stripes were ringed to create an optical illusion that makes it appear as if there are three parallel lines slowly receding into the distance.

The new Adidas Style logo has wider and lighter stripes than the previous version, giving it a more stylized appearance. The logotype’s typeface remains unchanged.

The company’s wordmark logo is a classic nod to the iconic simplicity of the three stripes. The minimalistic design allows it to be applied to any facet of the brand without detracting from its overall look and feel.

Moreover, you should also read our article about the best 24 socks brands.

Many companies choose to redesign their logos as times change, but Adidas has taken a different tact. Instead of removing old logo designs, they incorporate them into new ones.

The company uses four emblems to represent different lines and collections. For example, the trefoil emblem is only used for high-performance athletic shoes and apparel. At the same time, the regular logo is kept for lifestyle and casual streetwear.

The three stripes are on the bottoms of pants, tops of shirts, and sides of shoes in this array of performance and sportswear.

This logo originated in the 1940s when the company purchased the rights to “three stripes.”

The lifestyle Adidas brand is widely recognized and worn by everyone from famous singers to social media influencers.

The athleisure aesthetic has become popular recently, with Kanye West and Pharrell Williams contributing to its skyrocketing popularity.

However, the clothes in these lines are more expensive and not made with performance in mind.

The mountain in the logo symbolizes the challenges athletes face and how far they can go. Their sports collection has a variety of items, from t-shirts to cleats.

Adidas’ neo-circle logo is a modern take on their classic three stripes design. The new logo represents the brand’s shift to focus on lifestyle and casualwear rather than functionality.

Design Elements Of The Adidas Symbol

Adidas wasn’t always the “three-stripe brand.” They only started using three bars on their products and marketing themselves after they bought the trefoil emblem from Karhu Sports.

The meaning behind the stripes is that they represent the three primary landmasses where Adidas shoes are sold—North America, Europe, and Asia. In other words, these stripes were designed to show the firm’s diverse and international appeal.

The new Adidas emblem is in the shape of a triangular mountain peak, which symbolizes the company’s message of overcoming adversity.

This meaning is important to athletes, who are often Adidas’ target market.

The Adidas emblem also features the company name in a more casual font.

This relaxed feel of the Adidas brand is further reflected by how its logo isn’t bound to any color scheme, so it can be easily adapted according to whatever clothing it’s being used on.

Moreover, you should also read our article about the Nike Logo. 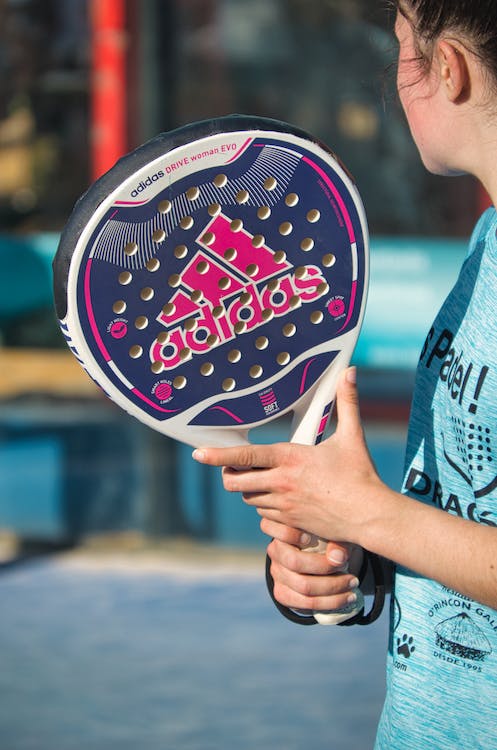 A company’s brand identity rests on many pillars, one of the most important being a strong and memorable logo.

Adidas shows that a cleverly designed logo can put a brand name in light and on top of minds. Suppose you’re starting out refining your own company’s look.

In that case, it may be helpful to study how some iconic logos came to be – like those from well-known brands such as Adidas.