Where Is Under Armour Made? It is a question that many people have asked, and there seems to be some debate on the internet about it.

So, we will settle the score and tell you exactly where Under Armour is made. Spoiler alert: it is not just in America!

The Brief Background About Under Armour Brand

In 1996, Kevin Plank, a former University of Maryland football player, founded Under Armour, a sports apparel company that revolutionized the way athletes dress.

However, the company started with only men’s compression shorts. It has since expanded its product line to include t-shirts, shoes, gloves, and a wide variety of other sportswear for both men and women.

Under Armour is one of the leading sports apparel companies in the world, with over $5 billion in annual revenue. Thanks to Kevin Plank’s vision and dedication, Under Armour has become a staple in the world of sports.

Where Does Under Armour Manufacture It Products?

Under Armour manufactures its products in a variety of countries around the world, including China, Vietnam, and Indonesia.

The company has come under fire in recent years for allegedly using sweatshops and forcing workers to work long hours for low pay.

However, Under Armour has denied these allegations and is committed to providing fair and safe working conditions for all its workers.

The company has also implemented several initiatives to improve the sustainability of its manufacturing process, including reducing energy consumption and water usage.

Under Armour is one of the leading sportswear brands in the world, and athletes wear its products at all levels. The company’s commitment to quality manufacturing ensures its products continue to perform at the highest level.

How Many Factories Of Under Armour Are Currently Working?

Under Armour has approximately 260 production facilities worldwide, with over 200 factories operating and producing goods.

This multinational corporation, of course, has manufacturing sites in several countries, one of which is the United States.

The organization is shifting its satellite operations to countries in Southeast Asia, including Cambodia, Vietnam, the Philippines, and Indonesia.

About half of the firm’s goods are supplied by six primary vendors. Malaysia, China, Taiwan, and Mexico all have suppliers that have been authorized.

According to a statement made by an Under Armour employee, the bulk of the firm’s items is produced in the following countries: Indonesia, Vietnam, China, Nicaragua, Jordan, El Salvador, Mexico, Philippines, and Honduras.

According to the data, Asia produces 65% of production, Central America 14%, and Mexico 5%.

A deeper look at the company’s manufacturing facilities roster reveals additional lesser operations. Shoe and garment manufacturers in countries such as Georgia, Madagascar, Israel, Haiti, Egypt, and Brazil use materials from these nations.

Because of growing consumer demand, footwear and apparel manufacturing is increasing in Singapore and Turkey; neither country is losing ground.

Why Does Under Armour Manufacture The Majority Of Its Goods In China?

There is no doubt that Under Armour is a successful company. However, some people may be surprised to learn that most of its goods are manufactured in China.

Following, I have explained some possible reasons why Under Armour manufactures most of its products in China.

1. Large Workforce That Fulfills The Demands Of Under Armour

The company has recently come under fire for its business practices, but it remains a major player in the global market.

Many of Under Armour’s products are made in China, and the company has come to rely on the country’s large workforce to meet the demands of its customers.

China is home to many of the world’s factories, and it has become a major source of cheap labor for companies like Under Armour.

While some critics argue that relying on cheap labor is unethical, Under Armour has defended its business practices by saying it complies with all relevant laws and regulations.

The company has also stressed that its products are made in safe and clean conditions. Nevertheless, the debate over Under Armour’s use of Chinese labor will likely continue.

Under Armour is an athletic apparel company that manufactures its products in China. The company has come under fire for the low wages it pays its workers and the poor working conditions in its factories.

However, Under Armour is not alone in this regard, as many major brands have come under similar scrutiny.

While manufacturing costs are significantly lower in China than in developed nations, workers are often paid very little and are expected to work long hours in unsafe conditions.

As a result, many products made in China are much cheaper than those made elsewhere. However, the cost of these products comes at the expense of the workers who make them.

3. Developing Infrastructure In China Is Easier For Giants Like Under Armour

It is no secret that many American companies outsource their manufacturing to China. It is estimated that about 80% of all clothing sold in the United States is made in China.

There are several reasons for this, including low labor costs and lax environmental regulations.

However, one of the American companies’ biggest challenges is China’s lack of developed infrastructure.

This can make transporting goods and materials to and from factories difficult. It can also lead to delays in production.

For companies like Under Armour, which manufactures its products in China, developing infrastructure is essential to maintaining a successful business.

Fortunately, the Chinese government has invested heavily in infrastructure development recently. This has made it easier for companies like Under Armour to do business in China.

As a result, infrastructure development will likely continue to be a major focus of the Chinese government in the future.

Is Under Armour Worth It?

There’s no question that Under Armour makes high-quality products. However, some people have reservations about buying from the company because its products are manufactured in China.

While it’s true that Under Armour doesn’t have the same level of control over its manufacturing process as it would if its products were made in the United States, that doesn’t mean that its products are of inferior quality.

In fact, Under Armour has a team of quality control experts who work closely with its Chinese manufacturing partners to ensure that every product meets the company’s high standards.

The Under Armour logo is well-known around the world. So, Under Armor is worth checking out if you’re looking for top-notch performance gear. 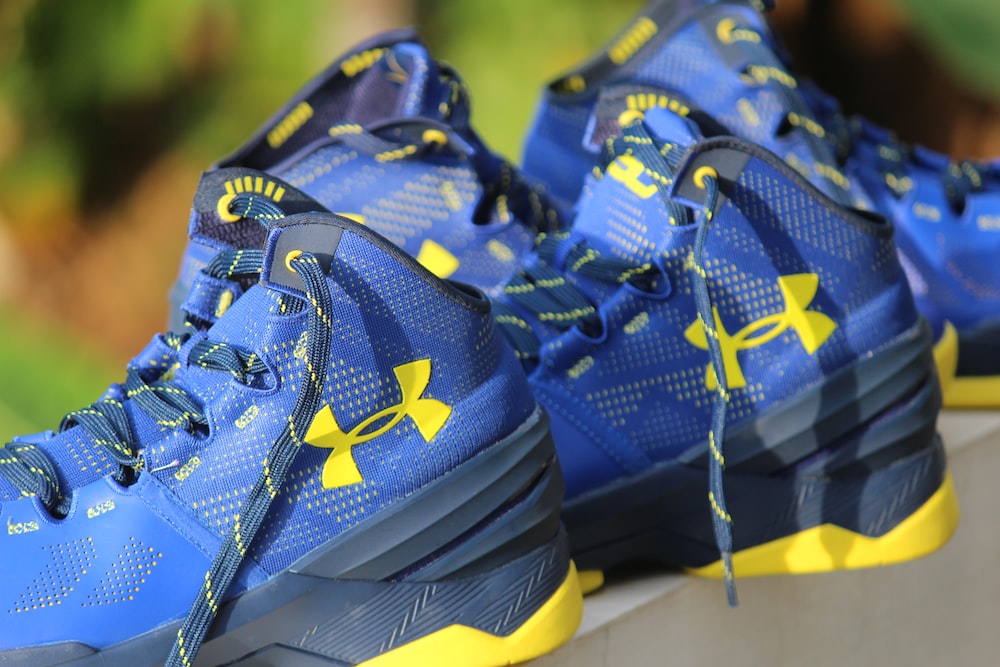 1. Is Under Armour Ethical?

Currently, there is no easy answer as to whether or not Under Armour is an ethical company.

The brand has been embroiled in several controversies in recent years, including allegations of animal cruelty and poor working conditions at its manufacturing facilities.

However, Under Armour has also taken steps to improve its environmental impact and support social causes such as the fight against breast cancer.

As a result, whether or not Under Armour is an ethical company is up for debate.

2. What Type of Under Armor Products Are Manufactured In The US?

Under Armour manufactures various products in the United States, including footwear, apparel, and accessories.

The company’s shoes are assembled in Kentucky and Georgia, while its apparel is manufactured in South Carolina and Maryland.

In addition, Under Armour produces a range of accessories in its Pennsylvania factory, including bags, gloves, and hats.

While some of Under Armour’s products are made overseas, most of its line is manufactured in the United States.

This allows the company to maintain a high-quality control level and respond quickly to changes in consumer demand.

As a result, Under Armour can provide its customers with well-made and up-to-date products with the latest trends.

3. Does Under Armour Do Child Labor?

No, Under Armour does not do child labor. All of their products are made by adults in factories monitored by the company to ensure that all workers are treated fairly and paid a living wage.

Furthermore, Under Armour is a member of the Fair Labor Association. It is an organization that promotes and enforces fair labor practices worldwide.

Under Armour is committed to ensuring that all its workers are treated with respect and paid a fair wage.

In short, you can rest assured that no child labor was used to make any Under Armour product.

4. Why Is It Called Under Armour?

While it was still in its early stages, the name “Body Armor” was coined by William Plank, one of the firm’s co-founders.

Bill believed he said “under armor,” but Bill thought he meant “under armor.” They kept using the name despite spelling it with an English accent to obtain Plank’s phone number.

5. Does Dwayne Johnson Own Under Armor?

Dwayne Johnson does not currently own any shares of Under Armor. However, he has served as a brand ambassador for the company since 2016. He has also been featured in numerous marketing campaigns.

In addition, Johnson has his line of workout clothing and footwear with Under Armor, called “Project Rock.“

While Johnson does not have an ownership stake in the company, his close association with Under Armor has helped boost the brand’s visibility and popularity.

6. What Is Under Armour Famous For?

Under Armour’s founder, Kevin Plank, developed the fabric while he was a member of the University of Maryland college football team.

He was looking for a way to stay cool and dry during practices and games. Then, the fabric that he made quickly gained popularity among other athletes.

Under Armour produces a wide range of sportswear and casual apparel for men, women, and children. Its products keep athletes cool, dry, and comfortable during even the most strenuous activity.

Thanks to its innovative fabrics and cutting-edge designs. Under Armour has become one of the most popular athletic brands in the world.

7. How Does Under Armour Impact The Environment?

Under Armour is a member of the Sustainable Apparel Coalition, working to reduce the apparel industry’s environmental impact. The company has also set a goal to reduce its emissions by 30 percent by 2025.

But there’s still room for improvement. A recent report found that Under Armour is not doing enough to address environmental and social issues in its supply chain.

For example, the company does not require its suppliers to pay workers a living wage or provide safe working conditions.

In addition, Under Armour’s products are made from synthetic materials that can take hundreds of years to break down in landfill sites.

As a result, the company has a significant impact on the environment – both positive and negative. Under Armour is aware of these issues and is taking steps to address them. But there’s still more work to be done.

Final Thoughts – Where Is Under Armour Manufactured?

Under Armour is an American sportswear company that designs, manufactures, and markets athletic clothing, footwear, and accessories.

The company is headquartered in Baltimore, Maryland, with manufacturing facilities located in Mexico, Honduras, Vietnam, the United States, and China.

While most of Under Armour’s products are made overseas, the company does have a few domestic manufacturing facilities.

For example, the company’s facility in Houston, Texas, produces shoes for several of its basketball and training lines.

Overall, Under Armour’s diversified manufacturing base allows it to produce high-quality products at a competitive price.