For the last four decades, Versace has been one of the most prominent names in luxury fashion.

They sell clothes and accessories that are perfect for red carpet-events and are worn by a few of the world’s most fashionable celebrities.

Today, the name Versace is synonymous with high-end fashion. But how did it become one of the most recognizable brands in the world?

This article will explore Versace’s rich history and iconic logo.

In 1978, fashion designer Gianni Versace launched his brand, which has become recognized for cutting-edge design and bright color palettes. Before establishing his own company, he worked as a designer for Complice, Callaghan, and Genny.

Where is Versace made? He established his line in response to the high demand for his designs. The first women’s garment shop by Gianni Versace opened in Milan’s Via Della Spiga in 1978.

Gianni Versace has designed for the likes of Michael Jackson and Elton John. He became known as a “Rock n’ Roll” fashion designer due to his work with several A-listers in the music industry.

However, the iconic designer’s time in the spotlight was cut short when Andrew Cunanan shot and killed him outside his Miami house on July 15, 1997.

Donatella and Santo Versace, Gianni’s siblings, took over the fashion house after his murder.

Although Santo was named CEO and Donatella became creative director, the two siblings could not maintain the fashion label’s success. As a result, sales and revenue numbers have fallen significantly.

Moreover, we have also written an article about 12 Brands Like Versace. It will also increase your knowledge about different brands if you read it.

Before deciding on the now-iconic medusa emblem, Gianni Versace created two wordmarks. The Medusa logo was inspired by a childhood sighting of a picture of the monster among the ruins of Reggio Calabria.

The company was founded in 1978, but Gianni didn’t start using the wordmark until two years later.

Many symbols are utilized by the fashion house’s logo, each with its significance.

The logos of some of the world’s most recognizable fashion companies are included in this fascinating read.

Before the Medusa image became popular, two distinct logos were used: one that consisted only of wordmarks in black and white and another that had a little more movement.

While many of the world’s most well-known fashion companies stick to traditional black-and-white color schemes to project timeless elegance, Gianni Versace swapped out the static wordmarks for the more dynamic Medusa logo.

What is the meaning behind Versace’s logo of Medusa? In Greek mythology, Athena is known for creating the monster called Medusa.

Medusa was one out of three Gorgons named Gorgo. These female creatures were often described as having wings and snakes instead of hair. If a person looks into Medusa’s eyes, according to the myth, they would be turned into stone instantly.

Gianni was well-known for his collection of mythical relics. He used Medusa’s head as the focal point of his logo to elicit both the surprise and fear one feels upon first seeing her.

Although he declined to reveal the rationale behind his selection of Medusa’s head as the logo’s main design feature, he did say that, like the Greek monster, the brand was connected with deadly beauty.

Evolution Of The Versace logo 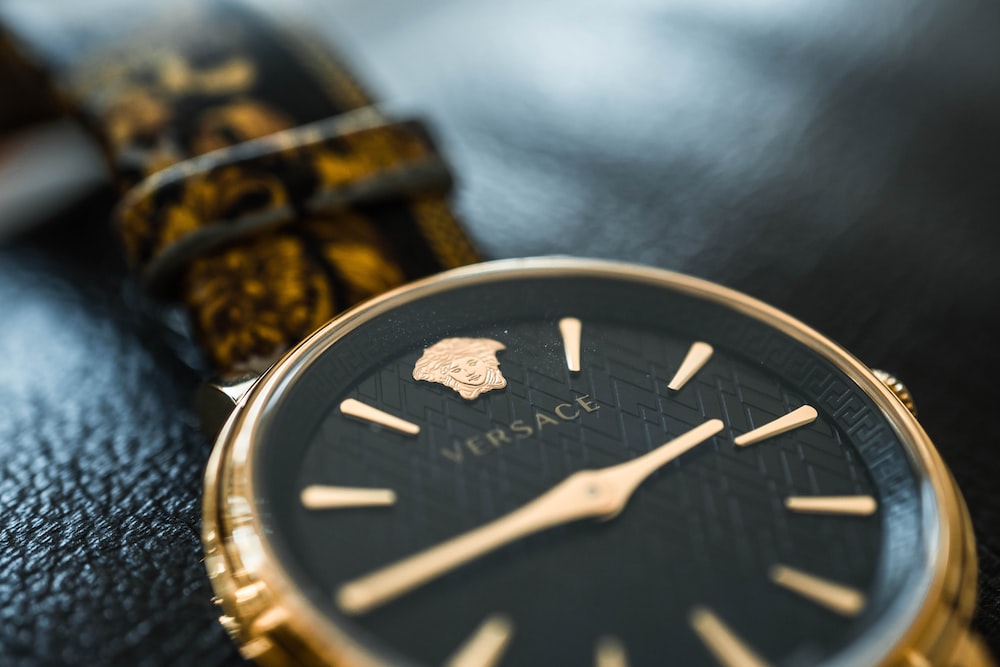 The fashion house’s first logo was introduced two years after the brand launch.

The original logo was a black and white statement in a font similar to Sophi Sophi Regular, with a noticeable overlap between the designer’s name halves. The logotype radiated an air of refinement and luxury.

The company’s logo was changed to a new wordmark that was more sleek and modern.

The entire-caps text was set in a sans-serif typeface that looked eerily similar to Radiant RR Bold. Its components were broken down to make the name easier on the eyes.

The Medusa logo was adopted as the brand’s official symbol in 1993, replacing the wordmark. A robust circular cage covered Medusa’s head.

The product’s logo was sometimes gold-lettered, but not always. Gianni designed the company’s initial emblem, which combined elegance and deadly beauty.

After Gianni’s sudden death in 1997, the company’s new owners decided to remove “Gianni” from the brand name, leaving only “Versace.”

The company logo was updated slightly after this change in ownership. Medusa got a makeover with a redrawn emblem and wordmark now positioned in an arch.

The current Medusa logo is significantly different from prior versions, with several changes throughout its history.

The Jade version of the logo has a luxurious air about it. One variation of 2008 remodel includes ornate Jade-like designs, while the other omits all superfluous details.

Depending on the type of product, either logo may be used. The current logo additionally includes a horizontal wordmark that sits below the emblem.

Although this fashion house’s logo has been updated five times in its 40-year history, it has always retained its luxurious feeling by featuring Medusa. Why is Versace so expensive?

The Color Palette Of The Versace Logo

The Versace logo is a black-and-silver design. For the fashion line, black signifies strength, elegance, and professionalism, while white represents purity and regeneration.

The gold highlights at the fashion company are intended to evoke luxury and aristocracy.

The sans-serif fonts Sophi and Radiant were historically used by Versace. However, today, Radiant is the company’s go-to font.

The typeface was designed by Robert Middleton and Steve Jackman of the Red Rooster Collection.

Despite this, Medusa has a variety of connotations that make her an intriguing, ironic choice for a luxury fashion brand.

The story of Medusa is a morality tale about the dangers of vanity and sexual desire. After being seduced by Poseidon, Athena punished Medusa by making her so hideous that anyone who looked at her would turn to stone.

It is strange that Gianni Versace, whose company mainly runs on the same superficiality as other high-end fashion brands, would pick a woman initially made ugly by her shallowness to be his company’s symbol.

We’ll never definitively know if Gianni Versace was aware of his company’s logo’s connotation. Still, he would have heard it countless times during his childhood in Rome.

This has led many to speculate that the Versace emblem contains a coded message, perhaps an inside joke made at the expense of the consumer. 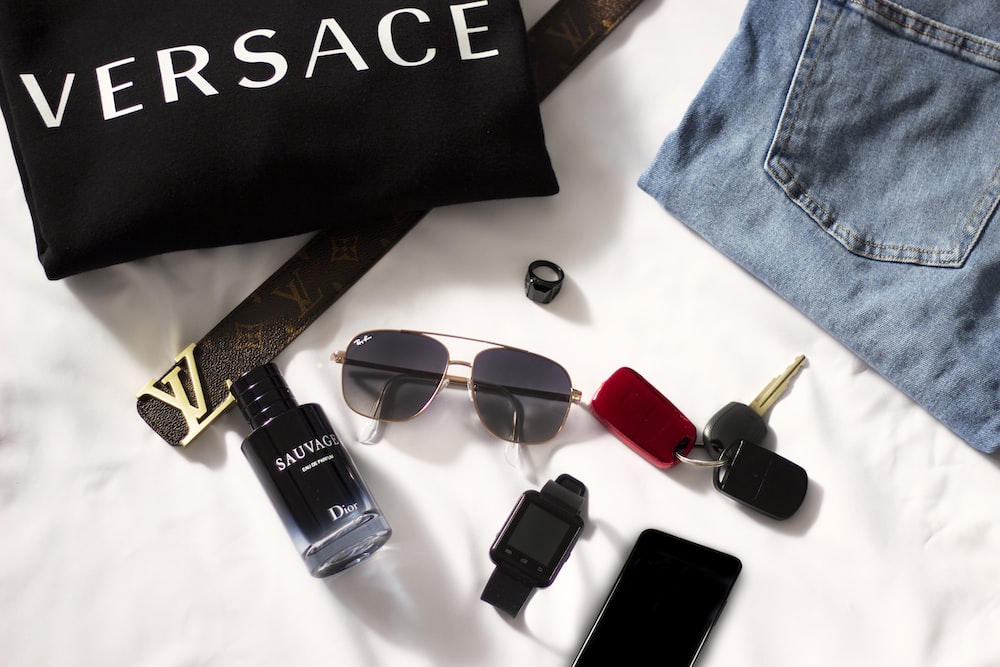 The Versace logo is one of the few that seamlessly combines creativity and beauty.

Although the Versace Medusa logo may make some think of a terrifying creature, in Greek mythology, the Medusa has long been seen as a symbol of alluring beauty.

There’s a reason so many people went to great lengths to find the lonely island of Sarpedon, if for no reason other than to gaze upon her beauty in secret. Is Versace a good brand?