Salvatore Tory” Belleci (born October 30 1970 in Monterey California) is a film maker and model maker. He is best known for his work on the Discovery Channel television program MythBusters. He has also worked with Industrial Light and Magic on films such as The Phantom Menace and Attack of the Clones. The Federation battleships and podracers are some of Tory’s pieces. He attended San Francisco State University. Tory worked on the Matrix trilogy Van Helsing Peter Pan Starship Troopers Galaxy Quest and Bicentennial Man. “ 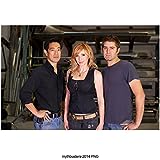 Mythbusted and Rusted
Buy on Amazon
SaleBestseller No. 7

Untitled AS
Buy on Amazon
Bestseller No. 9 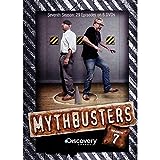