Shannon Vickery, an award-winning correspondent and producer, is the Director of Production at UNC-TV (University of North Carolina Television), a statewide public television network in North Carolina with studios located at Research Triangle Park in the Raleigh/Durham area. Shannon has been working for UNC-TV since October 1995. She came to UNC-TV after working as a news anchor and reporter at KDRV-TV, the ABC affiliate in Medford, Oregon. Shannon is a graduate of the University of Missouri-Columbia with bachelor’s degrees in broadcast journalism and political science. She also has a Master’s of Arts Degree (with an emphasis in Health Policy) from Duke University. 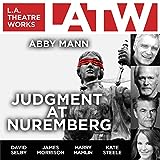 Judgment at Nuremberg
Buy on Amazon
Bestseller No. 3

Health Actions for Women: Practical Strategies to Mobilize for Change
Buy on Amazon
Bestseller No. 4 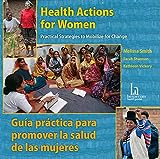