Ryan John Seacrest (born December 24, 1974) is an Emmy Award-nominated American television/radio host and television producer. He first hosted a small radio station called Star 94 after college, and rose to fame as the host of American Idol. He has since become a co-host host of E! News, Dick Clark’s New Year’s Rockin’ Eve, as well as such radio shows as On Air with Ryan Seacrest on KIIS-FM in Los Angeles and American Top 40. 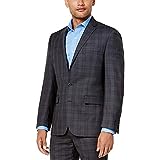