Paul Paulie” Michael Teutul (born October 2 1974) is one of the stars of the American reality television program American Chopper. He co-founded Orange County Choppers along with his father Paul Teutul Sr. in 1999. Although Paul sometimes goes by the nickname of “Junior” he is in fact not technically a “junior because he does not share the same middle name as his father. Paulie’s middle name is Michael, while his father, also Paul Teutul, bears the middle name of John. During an interview with David Letterman, Paul (the father) stated that he is technically a true junior, while his son is simply Paul.” Paulie is the chief designer and fabricator of OCC and prior to that was head of the rail shop at Orange County Ironworks. He is also responsible for designing the logo for OCC. “

The Build: Designing My Life of Choppers, Family, and Faith
Buy on Amazon
SaleBestseller No. 2

Orange County Choppers: The Tale of the Teutuls
Buy on Amazon
Bestseller No. 3

The Ride of a Lifetime: Doing Business the Orange County Choppers Way
Buy on Amazon
SaleBestseller No. 6

American Chopper At Full Throttle
Buy on Amazon
Bestseller No. 7 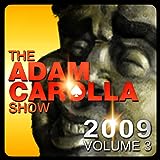