Manny Streetz is a Filipino-American radio & TV personality, actor, hit songwriter and record producer. He is the oldest of four children to Manuel and Vicenta.Manny is professionally also known as Manny on the Streetz” as an on-air personality with the Ryan Seacrest radio morning show On Air with Ryan Seacrest on the top rated top billing radio station in the world 102.7 KIIS-FM. He is also a radio personality at 97.9 Radio NOW (WNWW) Jacksonville FL on his own radio show. “ 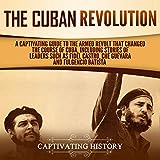 The Cuban Revolution: A Captivating Guide to the Armed Revolt That Changed the Course of Cuba, Including Stories of Leaders Such as Fidel Castro, Chè Guevara, and Fulgencio Batista
Buy on Amazon
Bestseller No. 2 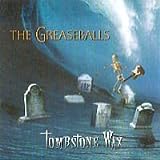