Lara Spencer (born June 19, 1969), formerly Laura Spencer, is the Los Angeles-based co-host of the syndicated television newsmagazine The Insider. Spencer has hosted its sister program, Entertainment Tonight. She also hosted Antiques Roadshow on PBS for the 2004 and 2005 seasons. She currently hosts Antiques Roadshow FYI and also has a segment airing semi-regularly on Rachael Ray titled The Dish”. “

I Brake for Yard Sales: And Flea Markets, Thrift Shops, Auctions, and the Occasional Dumpster
Buy on Amazon
SaleBestseller No. 3 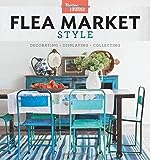 Junk Gypsy: Designing a Life at the Crossroads of Wonder & Wander
Buy on Amazon
Bestseller No. 5 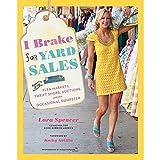 Hyperhidrosis Remedies: Home Remedies for Underarm and Face Sweating and Odor - Stop Excessive Sweating Permanently & Get Your Life Back!
Buy on Amazon
SaleBestseller No. 8

The Joy of Junk: Go Right Ahead, Fall In Love With The Wackiest Things, Find The Worth In The Worthless, Rescue & Recycle The Curious Objects That Give Life & Happiness
Buy on Amazon
Bestseller No. 9

The Art of Buying and Selling at Flea Markets
Buy on Amazon
Bestseller No. 10

Lara Gets Flipping!
Buy on Amazon