Kurt Loder (born May 5, 1945) is an American film critic, author, columnist, and television personality. He served in the 1980s as editor at Rolling Stone, during a tenure that Reason later called legendary”. He has contributed to articles in Esquire Details New York and Time. He has also made cameos on several films and television series. Prior to Rolling Stone Loder had worked for Circus magazine and had been drafted into the United States Army. He is currently best known for his role at MTV News and for appearing in numerous other MTV-related television specials. “

The Good, the Bad and the Godawful: 21st-Century Movie Reviews
Buy on Amazon
SaleBestseller No. 2

Bat Chain Puller: Rock and Roll in the Age of Celebrity
Buy on Amazon
Bestseller No. 3 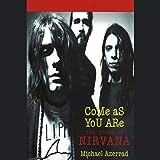 Come as You Are: The Story of Nirvana
Buy on Amazon
SaleBestseller No. 5

I, Tina: My Life Story
Buy on Amazon
Bestseller No. 6

I, Tina
Buy on Amazon
Bestseller No. 8