Kirk Herbstreit (born August 19, 1969, Centerville, Ohio) is an analyst for ESPN’s College GameDay, a television program covering college football and a provider of color commentary during college football games on ESPN and ABC. He appears annually as a commentator in EA Sports’ NCAA Football. He was a quarterback on the Ohio State football team. Only during his final year there did he see significant playing time. 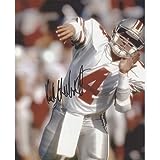 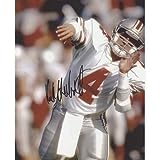