Giratina (????Ÿ??Ÿ???œ?Ÿ?, Giratina?), is a Pok??mon species in Nintendo and Game Freak’s Pok??mon franchise. Created by Ken Sugimori, Giratina first appeared in the video games Pok??mon Diamond and Pearl, but gained prominence in the remake, Pok??mon Platinum, which it was made the mascot of. It later appeared in various merchandise, spinoff titles and animated and printed adaptations of the franchise. Giratina is featured prominently in the film Pok??mon: Giratina and the Sky Warrior, and later appears in the film Pok??mon: Arceus and the Jewel of Life.

Pokémon: Giratina and the Sky Warrior
Buy on Amazon
SaleBestseller No. 2 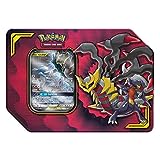 Pokemon: Giratina & The Sky Warrior
Buy on Amazon
Bestseller No. 10 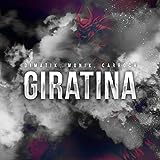