Catherine Elizabeth Cat” Deeley (born 23 October 1976) is an English disc jockey television presenter and former fashion model who at 21 co-hosted the children’s series SMTV Live alongside Anthony McPartlin and Declan Donnelly. She also hosted Stars in their Eyes from 2004 until 2006 and So You Think You Can Dance since its second season in 2006. “ 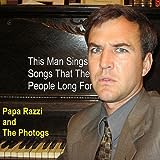 Cat Deeley Is a Wonderful TV Lady
Buy on Amazon
Bestseller No. 2

I think that if you keep your eyes and your ears open and you are receptive to learning, there are skills you can get from any job at all.-Cat Deeley: ... Journal Diary Notebook for Beautiful Women
Buy on Amazon
Bestseller No. 3

Episode 6
Buy on Amazon
Bestseller No. 6

The No-tail Cat Or, I Like What I Am, for the Earliest Reader (Reading, Step 1)
Buy on Amazon
Bestseller No. 8