Anthony Robbins (born Anthony J. Mahavick February 29, 1960) is an American self-help writer and professional speaker for over 30 years. He became well known through his infomercials and bestselling self-help books, Unlimited Power: The New Science Of Personal Achievement and Awaken The Giant Within. The first edition of Unlimited Power was published by Fawcett Columbine (Ballantine Books) in 1987. Robbins writes about subjects such as health and energy, overcoming fears, persuasive communication, and enhancing relationships. He also became well known in America and internationally through infomercials promoting personal development audio programs and motivational seminars. His audio programs, seminars and self-help products featured Neuro-linguistic programming and Ericksonian hypnosis which he studied at the start of his career. Robbins seminars also used firewalking as a metaphor for overcoming fears and limiting beliefs. Later, Robbins combined his skills and techniques with other 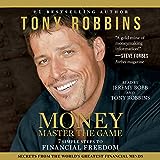 Awaken the Giant Within: How to Take Immediate Control of Your Mental, Emotional, Physical and Financial
Buy on Amazon
SaleBestseller No. 3

Unshakeable: Your Financial Freedom Playbook
Buy on Amazon
Bestseller No. 4

Take a tour of Tony Robbins' massive beachfront mansion in Fiji
Buy on Amazon
Bestseller No. 5 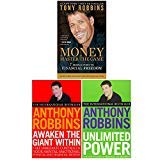 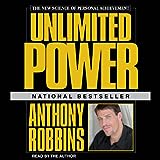 Notes from a Friend: A Quick and Simple Guide to Taking Charge of Your Life
Buy on Amazon
Bestseller No. 8

Tony Robbins: How to get over your fear of failure
Buy on Amazon
SaleBestseller No. 9

The Subtle Art of Not Giving a F*ck: A Counterintuitive Approach to Living a Good Life
Buy on Amazon
SaleBestseller No. 10 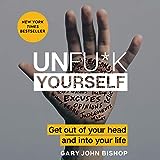 Unfu*k Yourself: Get Out of Your Head and into Your Life
Buy on Amazon