The Princess Anne, Princess Royal (Anne Elizabeth Alice Louise; born 15 August 1950) is the only daughter of Queen Elizabeth II and Prince Philip, Duke of Edinburgh. At the time of her birth, she was third in the line of succession to the thrones of seven independent states; however, after additions to the Royal Family, and an evolution of the Commonwealth, Anne is currently tenth in line to the thrones of 16 countries. She is resident in and most directly involved with the United Kingdom, the oldest realm, while also carrying out duties in and on behalf of the other states of which her mother is sovereign. She is currently married to her second husband, Timothy Laurence and has two children, Peter and Zara Phillips from her first marriage to Captain Mark Phillips.

The Princess Diaries 2: Royal Engagement
Buy on Amazon
Bestseller No. 5

Anne: The Private Princess Revealed
Buy on Amazon
Bestseller No. 6 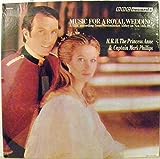 Music for a Royal Wedding The Princess Anne & Captain Mark Phillips
Buy on Amazon
Bestseller No. 7

The Royal Runaway
Buy on Amazon
Bestseller No. 9 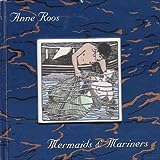