Javier Aguirresarobe (born 1 January 1948) is a Spanish Basque cinematographer. Aguirresarobe was born in Eibar, Guip?§zcoa (Basque Country, Spain). He has worked with Imanol Uribe, Montxo Armend?­riz, Alejandro Amen?­bar, and even with Milos Forman and Woody Allen on his Spanish films. He has won six Goya Awards among other prizes. Aguirresarobe also worked as cinematographer for the film adaptation of New Moon, released on November 20, 2009. He continued his work for the Twilight film series with their other sequels in the series. 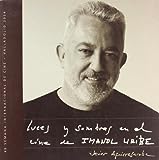 The Producer
Buy on Amazon
Bestseller No. 7

Tierra
Buy on Amazon
SaleBestseller No. 10