Jason Trawick is a talent agent for the William Morris Agency. He represents clients such as Britney Spears, Taylor Swift, Hilary Duff, Haylie Duff and Paris Hilton. Jason Trawick was born December 4, 1971 in Long Island, New York. In 2006 he was hired by Britney Spears. In the summer of 2009, Jason was reportedly dating Spears and this was confirmed when they attended the 52nd Annual Grammy Awards as a couple. They are still dating as of 2012 they are still together and engaged. 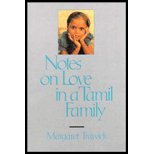 Notes on Love in a Tamil Family by Trawick,Margaret. [1992] Paperback
Buy on Amazon
Bestseller No. 5

Societies in Eclipse: Archaeology of the Eastern Woodlands Indians, A.D. 1400-1700
Buy on Amazon