Carter Cleveland is the founder and CEO of Art.sy, a free platform where users can discover, learn about or collect art. Art.sy’s goal is to make all the world’s art accessible to anyone with an internet connection. Art.sy received the Yahoo Rookie Disruptor Award at Techcrunch Disrupt in 2010 and was listed in Forbes’ Names you Need to Know in 2011. Cleveland attended Princeton University where he studied computer science and received his BSE in 2009. Cleveland was listed in ARTINFO’s The 30-and-Under Crowd: The Art World’s Most Influential Young Figures of 2012 and named in Business Insider’s 25 and Under: Meet The Rising Stars in New York Tech of 2012.

Conned in Cleveland: A Sam Carter Mystery
Buy on Amazon
Bestseller No. 2 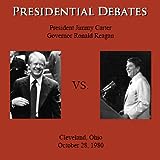 Howard the Duck
Buy on Amazon
Bestseller No. 8