Zuko is a fictional anti-heroic deuteragonist in Nickelodeon’s animated television series Avatar: The Last Airbender. The character, created by Michael Dante DiMartino and Bryan Konietzko, is voiced by Dante Basco and is portrayed by Dev Patel in the 2010 film The Last Airbender by M. Night Shyamalan. Though he is the deuteragonist, he was a secondary antagonist in Books 1 and 2 and he joined the main protagonists in Book 3. In the show, Zuko is the elder child of Fire Lord Ozai and Princess Ursa. Zuko is a powerful Firebender and the Crown Prince of the Fire Nation, a race of people in which some have the ability to create and manipulate fire and (later) lightning to an extent. Zuko is his mother’s favorite, as Azula is her father’s favorite for her skills in firebending. Before the events of the series, he is exiled from the Fire Nation by his father, the Fire Lord Ozai, and sent to capture the Avatar in order to restore his honor and right to the throne. Zuko is accompanied and advi 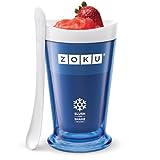 From Rufio to Zuko: Fire Nation Edition
Buy on Amazon
Bestseller No. 4

The Infected: Karen's First Day
Buy on Amazon
SaleBestseller No. 9 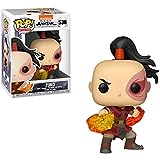