Yoshi (?Ÿ??ŸŸ??ú?Ÿ¬, YosshŽ®?, sometimes romanized Yossy in earlier Japanese materials) is a fictional dinosaur who appears in video games published by Nintendo. His debut was in Super Mario World (1990) on the Super Nintendo Entertainment System as Mario and Luigi’s accomplice (a role he has often reprised), and he later established his own series with several platform and puzzle games, including Super Mario World 2: Yoshi’s Island. He has also appeared in many of the spin-off Mario games, such as the Mario Party, the Mario Kart, and the Super Smash Bros. series, as well as in other various Mario sports titles. Yoshi also appears in New Super Mario Bros. Wii (2009) as the characters’ accomplice, similar to his original debut role in Super Mario World. Like several other characters in the Mario series, Yoshi is named after some Japanese names (Ex: YOSHIkima, KyYOSHI, etc.) . Yoshis come in many different colors, though his original and most common color is green. Yoshi’s latest appeara 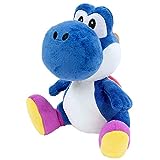 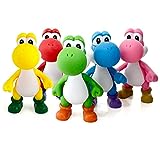 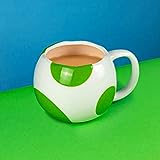