Wile E. Coyote (also known simply as The Coyote”) and the Road Runner are cartoon characters from a series of Looney Tunes and Merrie Melodies cartoons. The characters were created by animation director Chuck Jones in 1948 for Warner Brothers while the template for their adventures was the work of writer Michael Maltese. The characters went on to star in a long-running series of theatrical cartoon shorts (the first 16 of which were written by Maltese) and the occasional made-for-television cartoon. “ 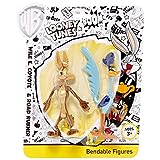 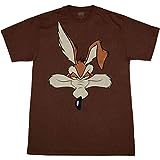