Wesley Wyndam-Pryce (also spelled Wyndam-Price and Wyndham-Price) is a fictional character created by Joss Whedon for the television series Buffy the Vampire Slayer and Angel. Played by Alexis Denisof, Wesley first appeared in nine episodes of Buffy’s third season in 1999 before moving over to spin-off series Angel where he became and remained a main character for five seasons. Following Angel’s final season, the character’s story is continued in the 2007 canonical comic book series Angel: After the Fall. Wesley also appears in Buffy and Angel Expanded Universe material such as comic books and novels. 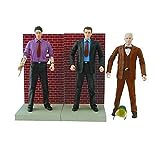 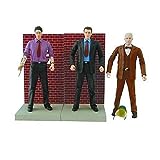