The daughter of two hippies, Topanga began as a strange girl in the same class as Cory, Shawn and Minkus. However, by the time they reached High School, she had become much more of an average teenager. In Season 3, she began dating Cory, a relationship which lasted the rest of the show. Topanga was initially a guest character with a hippie, eccentric personality, concerned about the world and harmony. In the later seasons, she became the show’s main character and she transformed from the strange girl into an intellectual overachiever. Throughout the series, Topanga has always expressed her love for Cory, as well as for her friends. 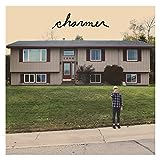 Normally, This Would be Cause for Concern: Tales of Calamity and Unrelenting Awkwardness
Buy on Amazon
Bestseller No. 6