The Human Torch (Jonathan Johnny” Storm) is a fictional character and superhero of the Marvel Comics universe. He is a member of the Fantastic Four making his first appearance in Fantastic Four #1 November 1961. Writer Stan Lee and artist Jack Kirby re-introduced the Torch as a Silver Age version of the Golden Age character of the same name created by Carl Burgos. “ 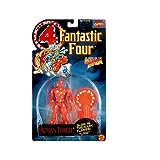 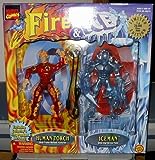 The Human Torch & The Thing: Strange Tales - The Complete Collection
Buy on Amazon
Bestseller No. 8