The matriarch of the family, is a 60ish actress (and alcoholic), who was very famous during the 1970s. She is the cause of the Wilson family’s departure from Kansas. She doesn’t get along too well with Debbie, often clashing about house rules. Tabitha was written off the show as returning to do television and movie work that took her away from Beverly Hills. In season 2 episode 1 To New Beginnings” it was explained that she is working in Las Vegas. When Jessica Walter was initially written out it was announced that the character would become recurring. However Tabitha has not appeared on the show since her final episode as a regular and there are no plans for her to return on the show. “

From Time To Time
Buy on Amazon
Bestseller No. 3 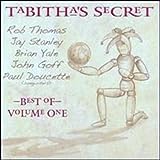 The Tabitha Stories
Buy on Amazon
SaleBestseller No. 6 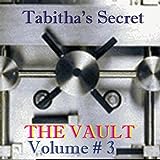 Tabitha
Buy on Amazon
Bestseller No. 10