Sydney Anne Bristow (born 17 April 1975), played by Jennifer Garner, is the main character and protagonist on the television series Alias. She is an American woman with Russian-American family background who works as a spy for the CIA.

Pop! Television: Alias Sydney Bristow Blonde hair, in a Goth style, a School Girl or as a Redhead! Vinyl Figures Set of 4
Buy on Amazon
SaleBestseller No. 5 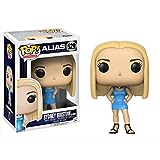 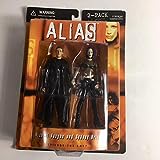