The Stormtroopers (in German Sto??truppen, shock troops”) were specialist military troops which were formed in the last years of World War I as the German army developed new methods of attacking enemy trenches called “infiltration tactics”. Men trained in these methods were known in Germany as Sturmmann (correctly “assault man” but usually translated as Stormtrooper) formed into companies of Sturmtruppen (“assault troops” more often and less exactly Storm Troops). The infiltration tactics developed by the stormtroopers are still in use today in one form or another. Other armies have also used the term “assault troops” “shock troops” or fireteams for specialist soldiers who perform the infiltration tasks of stormtroopers. “ 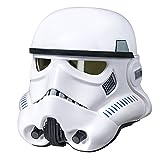 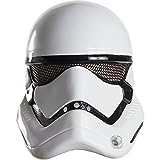 Star Wars: The Force Awakens Adult Stormtrooper Half Helmet, One Size
Buy on Amazon
Bestseller No. 3 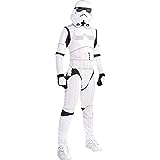 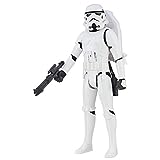 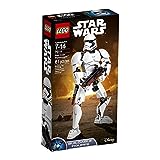