Captain Marvel is a fictional comic book superhero, originally published by Fawcett Comics and later by DC Comics. Created in 1939 by artist C. C. Beck and writer Bill Parker, the character first appeared in Whiz Comics #2 (February 1940). With a premise that taps adolescent fantasy, Captain Marvel is the alter ego of Billy Batson, a youth who works as a radio news reporter and was chosen to be a champion of good by the wizard Shazam. Whenever Billy speaks the wizard’s name, he is instantly struck by a magic lightning bolt that transforms him into an adult superhero empowered with the abilities of six mythical figures. Several friends and family members, most notably Marvel Family cohorts Mary Marvel and Captain Marvel, Jr., can share Billy’s power and become Marvels” themselves. “

Shazam!
Buy on Amazon
Bestseller No. 2 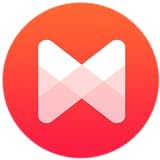 Musixmatch
Buy on Amazon
Bestseller No. 4

Superman/Shazam! The Return of Black Adam
Buy on Amazon
Bestseller No. 10

How A $4 Million Lawsuit Created 'Shazam!'
Buy on Amazon