Bail Prestor Organa (formally styled as His Serene Highness, Prince Bail Organa, First Chairman and Viceroy of Alderaan) was the First Chairman and Viceroy of Alderaan, who served in the Galactic Senate as the Senator of the Alderaan sector from 32 BBY to 19 BBY. Subsequently, he was Senator of the Alderaan sector of the Imperial Senate from 19 BBY to 1 BBY. He was Princess Leia Organa’s adoptive father and a friend of Jedi Masters Obi-Wan Kenobi, Yoda and Rahm Kota. He was married to Queen Breha Organa of Alderaan and was, as Prince Consort, head of the royal house and ruler of Alderaan. One of the main founders of the Rebel Alliance, he was killed when the Death Star obliterated Alderaan. In the Alliance and its successor states, the New Republic and Galactic Federation of Free Alliances, he was respected as a martyr who died for his cause. 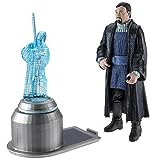 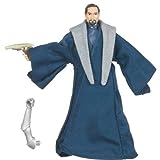 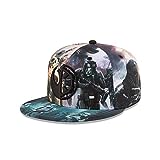