Thirteen” is a fictional character on the Fox medical drama House. She is portrayed by Olivia Wilde. She is part of the new diagnostic team assembled by Gregory House after the en-masse departure of his previous team in the third season finale “Human Error”. Her character is portrayed as secretive so much so that few of her fellow doctors know her name electing to call her “Thirteen” instead her number during the fellowship competition that House ran between “The Right Stuff” and “Games”. “

House and Psychology: Humanity Is Overrated
Buy on Amazon
Bestseller No. 2 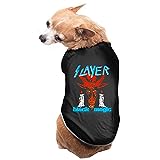