Rani Kapoor is a fictional character from the Australian television soap opera Neighbours, played by Coco Cherian. The actress was a fan of the serial, before she successfully auditioned for the role of Rani. Her casting was officially announced on 7 December 2011 at the same time it was revealed that her on-screen parents would be promoted to regular cast members. The Kapoor’s arrival marked the show’s first family with Indian and Sri Lankan heritage. They also became the first family to be introduced since 2010. Cherian made her first screen appearance as Rani during the episode broadcast on 1 February 2012.

Kalank
Buy on Amazon
Bestseller No. 4

Sholay
Buy on Amazon
Bestseller No. 5 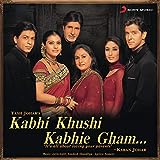