Elizabeth Mitchell stars as Rachel Matheson, Ben’s wife and Charlie and Danny’s mother who is initially believed to have died following the blackout but it is revealed that she is alive and working for Monroe under duress, having surrendered herself to the militia in an apparent attempt to keep her family safe while Charlie and Danny were still young. Under duress she has told Monroe about the pendants and provided other information to the Militia.

The Humanity of Monsters
Buy on Amazon
Bestseller No. 3

Psych
Buy on Amazon
SaleBestseller No. 4

Hart of Dixie: Season 4
Buy on Amazon
Bestseller No. 5

Tricks of the Trade
Buy on Amazon
SaleBestseller No. 6 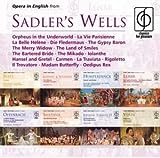