Principal W. Seymour Skinner (born in Capitol City as Armin Tamzarian) is a fictional character on the animated sitcom The Simpsons, voiced by Harry Shearer. He is the principal of Springfield Elementary School, and a stereotypical educational bureaucrat. He struggles to control the crumbling school and is constantly engaged in a battle against its inadequate resources, apathetic and bitter teachers, and often rowdy and unenthusiastic students, Bart Simpson being a standout example. A strict disciplinarian, Skinner has an uptight, militaristic attitude that stems from his years in the United States Army as a Green Beret, which included service in the Vietnam War, in which he was captured by the Viet Cong and was held as a war prisoner for eighteen months (attempting to escape when his guards were distracted by Jane Fonda). 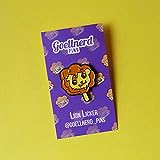