Peter Beale is a fictional character from the BBC soap opera EastEnders. Peter has been played by six actors since being introduced in 1993. Francis Brittin-Snell portrayed the role from 1993 to 1996, followed by Alex Stevens from 1997 to 1998 and Joseph Shade from 1998 to 2004. James Martin took over and played the role from 2004 to 2006. He was played by Thomas Law from 2006 until 2010 when the character departed the series. On 19 April 2013, it was announced that Peter would return, this time played by Ben Hardy who made his first appearance on 7 June 2013.

Passion for Roses: Peter Beales' Comprehensive Guide to Landscaping with Roses
Buy on Amazon
SaleBestseller No. 4

Edith Bouvier Beale of Grey Gardens: A Life in Pictures
Buy on Amazon
Bestseller No. 5 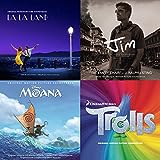 The Truman Show
Buy on Amazon
Bestseller No. 10