Dr. Patrick Drake is a fictional character on the ABC soap opera General Hospital, a main protagonist in both seasons of its prime time SOAPnet spin-off General Hospital: Night Shift and one half of on-screen couple Patrick Drake and Robin Scorpio. Jason Thompson originated the role in 2005. From April 23 to 28, 2008, the role of Patrick Drake was played by Ethan Erickson while Thompson was having minor surgery. 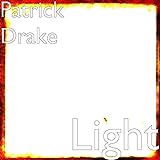