Nick was Mini’s boyfriend, and plays rugby for the school team.[12] He begins the series in a relationship with Mini, and is frequently annoyed by her refusal to sleep with him. Eventually he sleeps with Liv whilst still in a relationship with Mini and seems to show strong feelings for her. We find out that Matty is his brother and they have a domineering father, a self help coach, who views Nick as his favourite son. Nick eventually quits the rugby team and shuns his arrogant friends in favour of a lifestyle filled with partying. In series 6, he shares a kiss with new gay character, Alex. He also falls in love with Franky (even calling her the most beautiful girl he has ever seen). 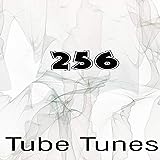 These Lovers
Buy on Amazon
Bestseller No. 4