Charming, sexy and sophisticated, Neal Caffrey is one of the world’s greatest con artists. Caffrey was an elusive criminal, and a three year chase by FBI agent Peter Burke resulted in Caffrey’s capture. Extremely crafty and cunning, Caffrey was only convicted of Bond Forgery, one of the many crimes he was suspected of. With only three months left on his prison sentence, Neal escapes after a visit from his girlfriend, Kate. Learning she has disappeared, Neal searches for her. While he tries to find her, he is recaptured by Burke. To avoid going back to prison, Neal makes a deal with Burke to help him find the criminal Burke is hunting. After successfully apprehending the criminal, Neal avoids returning to prison by becoming a consultant to the FBI. 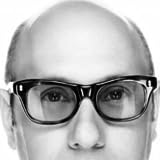 Withdrawal
Buy on Amazon
Bestseller No. 5

On Guard
Buy on Amazon
Bestseller No. 7

At What Price
Buy on Amazon
Bestseller No. 9