Moe Szyslakis a fictional character in the American animated sitcom The Simpsons. He is voiced by Hank Azaria and first appeared in the series premiere episode Simpsons Roasting on an Open Fire”. Moe is the proprietor and bartender of Moe’s Tavern a Springfield bar frequented by Homer Simpson Barney Gumble Carl Carlson Lenny Leonard and others. “ 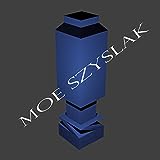 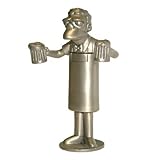