Mila (voiced by Alex Belcourt, performed by Julie Delaurenti) – Age 35. Mahad and Lena’s mother. Kept in hiding on the Sphere Block, Babylonia, she appears rarely and always in a very symbolic way. Her children only discover her heroic past (from the Vector and Hailong Zalo) after she is abducted. She used to hide in ships like a little stowaway. She was taken to the Sphere Academy of her own free will. She was a highly gifted former student in the Guardian School, where she spent time with Oslo. On her first mission with Oslo, they were sent to capture Marcus Farrell. She got to him first. She chose to renounce her exceptionally strong paranormal powers, as well as many privileges, when she decided not to help the Sphere after seeing how terrible it was. After leaving, she met up with Marcus Farrell and they married. She gave birth to her son Mahad and was about to give birth to Lena when Marcus vanished, crippling the Pirate Rebellion.

Anything You Want
Buy on Amazon
Bestseller No. 2

Get Over It
Buy on Amazon
Bestseller No. 4

Coming Soon from Funny Or Die with Will Ferrell
Buy on Amazon
Bestseller No. 5 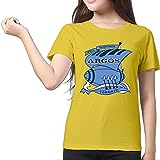 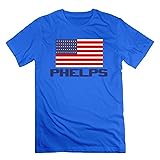