Maurella appeared in bright lights as Andy was walking home. She laid on top of Andy, telling him that he was handsome. The two subsequently had sex after the fairy made him swear to protect her. 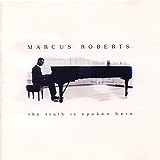 Maurella
Buy on Amazon
Bestseller No. 2