Amanda Noret plays Madison Sinclair, Dick’s ex-girlfriend and Neptune High’s resident bitch. Shortly after Lilly’s murder, at Shelly Pomeroy’s party, Dick dosed Madison’s drink with GHB to loosen her up; however, Madison spat in the drink, which she calls A Trip to the Dentist” and gave it to Veronica. In turn Veronica drank the soda and was later raped by Cassidy Casablancas then consensually had sex with Duncan. The following year Madison rigged the school election in order to get Duncan Kane elected to student body president. Veronica exposed the plot which resulted in Madison losing her place on the student council and the special privileges granted by the position. Veronica later discovers that Madison was switched at birth with Mac. It is shown that Madison constantly argues with her family whereas Mac’s parents have fully accepted Mac as their daughter and have shown no signs of wanting anything to do with Madison. “

Unraveled (The Untangled Series Book 1)
Buy on Amazon
SaleBestseller No. 2 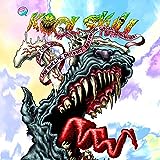 Tough Love 3: Disappointing Her Daddies
Buy on Amazon
Bestseller No. 6 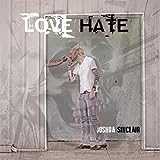 Black Picasso: The Story of Sinclair Madison
Buy on Amazon
SaleBestseller No. 10