Madam Rosmerta was the landlady of the Three Broomsticks pub in the village of Hogsmeade. Rosmerta was put under the Imperius Curse, cast by Draco Malfoy in 1997, and helped him against her will to smuggle cursed items into Hogwarts Castle. It is likely she later redeemed herself by fighting in the Battle of Hogwarts. 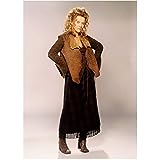 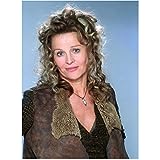