Luigi (?Ÿ®????Ÿ¬???, RuŽ®ji?) is a video game character created by Nintendo game designer Shigeru Miyamoto. He is the younger brother of Nintendo’s official mascot, Mario. Luigi first appeared in the arcade game Mario Bros., where he was featured as a main character alongside Mario. Since his debut, Luigi has appeared in many games in the Mario series, most often accompanying Mario as a sidekick, but has also starred as the main character in Mario Is Missing! and Luigi’s Mansion. In most games of the main series where a two-player mode is available, Luigi fills the role of the second player’s character, but he has also appeared occasionally as a playable character in a single-player game, either as part of a secret revealed in-game or an unlockable. 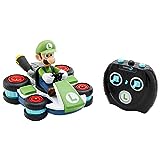 Clip: Creeping Up the Ivy Tower!
Buy on Amazon
Bestseller No. 10 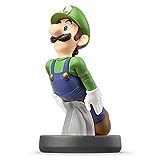