Lois Lane is a fictional character on the television series Smallville; she has been portrayed continually by Erica Durance since her first appearance in the season four premier Crusade”. Durance began as a guest star in season four but was promoted to series regular status beginning in season five. The character of Lois Lane first created for comic books by Jerry Siegel and Joe Shuster in 1938 to be the love interest for Clark Kent and his alter-ego Superman was adapted to television in 2001 by Alfred Gough and Miles Millarƒ??this is the fourth time the character has been adapted to a live action television series. “

Abandoned
Buy on Amazon
SaleBestseller No. 4

Odyssey
Buy on Amazon
Bestseller No. 7 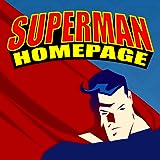