Hortense Logan” Mitchell (Logan Henderson) is the 16 year old genius of the group. However he often panics under pressure. Whenever the others are doing something bad and they tell him to join them he always says “I’ve gotta get new friends” but still joins them afterwards. Logan is first introduced in Big Time Audition as the brain of the group. He has his learners’ permit and drives the others to the audition. When Kelly Wainwright tries to number him Logan says that he’s going to be a doctor but Kelly numbers him by saying that she’s a desperate music scout he has an adorable smile and Justin Timberlake made forty four million dollars the year before hand. Logan goes first after James switches their numbers. When he auditions he beatboxes. Gustavo Rocque becomes outraged and yells at him causing Logan to cry. Logan goes with his friends Kendall Knight Carlos Garcia

Ducking And Diving
Buy on Amazon
Bestseller No. 2 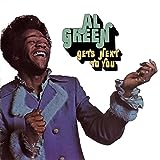 Gets Next To You
Buy on Amazon
Bestseller No. 6

Gone with the Twins (League of Literary Ladies Book 5)
Buy on Amazon
Bestseller No. 7 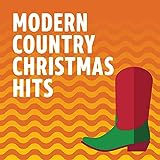 How To Talk To Girls At Parties
Buy on Amazon