Lionel Luthor is a fictional character in the television series Smallville, portrayed continuously by John Glover. Initially a recurring guest in season one, the character became a series regular in season two and continued with that status until he was written out of the show in the seventh season. In Smallville, Lionel Luthor is the father of Lex Luthor, and founder and CEO of LuthorCorp. The character of Lex Luthor’s father was first introduced under a different name in Superman comics by Jerry Siegel in 1961. Although Lex’s father has appeared in other Superman-related media, Smallville represents the first time the character has become an intricate part of a Superman adaptation. Series developers Alfred Gough and Miles Millar created a new version of the character in 2001 to provide an antithesis to the parenting style of Jonathan and Martha Kent.

Luthor
Buy on Amazon
Bestseller No. 2

Perry
Buy on Amazon
Bestseller No. 3 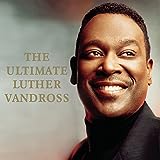 The Ultimate Luther Vandross
Buy on Amazon
SaleBestseller No. 4

Smallville: The Final Season
Buy on Amazon
SaleBestseller No. 5 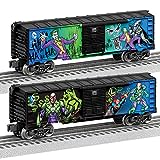