A seemingly rebellious boy who meets Naomi originally when he was the bartender of the hotel where she was staying, he is eventually revealed to be a high school student after Naomi sends a bottle of champagne to his house and his mother finds out he wasn’t enrolled at West Beverley. Not long afterward, Liam takes Naomi to a drag race where he shows a quick temper when another man starts hitting on Naomi, and smashes his car windshield. They have their first kiss at the end of the date in his car. Following his stepfather’s complaints about his grades and considerations for military school, Liam’s guidance counselor suggests that in addition to bringing up his grades he joins some school activities. This prompts him to invite Naomi to prom. When the guidance counselor tells Liam how glad he is to see him at prom, Naomi begins to question his reasons for inviting her and whether or not he likes her. With Naomi’s constant pressuring, he reveals that he does in fact like Naomi.

The Liam Devlin Novels: The Eagle Has Landed, Touch the Devil, and Confessional
Buy on Amazon
Bestseller No. 2 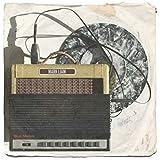 Bound To You (Speakeasy Secrets Book 1)
Buy on Amazon
Bestseller No. 4

Out of Mind (A Court of Angels Novel)
Buy on Amazon
SaleBestseller No. 8

Breathe
Buy on Amazon
Bestseller No. 10